Ancient Aion Plipinas is a Hi-Rate Aion Private Server that supports Aion 3.0-3.5 client version.
The most updated and advanced Aion private server both local and international.

We accept donations to support the costs of developing this server.
Any amount of donation will do, and in return you will be rewarded a unique ingame tag and pvp gears.

Respect all Ancient Aion Admin/GM/Staff.
No bug exploiting.
Do not impersonate Admin/GM/Staff.
Do not use exploits, modifications or third party scripts/programs. Doing it so will cause permanent ban.
No obscene, hateful, profanity, racial or similar comments.
Do not ask to become a GM.
Do not ask for any ingame items.

Every user at Ancient Aion Private Server is responsible for the security of their account information. Ancient Aion will not return items that are stolen from any account! It is extremely important that every player takes the necessary precautions to safe guard their account information. Sharing this information is the most common cause of account and item theft. Our databases are very secure, firewalled, and patched with the latest exploit fixes. All passwords in our account database are encrypted as well for added security. Every single case of so called account being hacked came from individuals who share their accounts with family, real life friends, and girlfriend/boyfriends. Other occurrences are due to some sort of fallout in a personal relationship with a friend in real life, or a online friend! Sometimes malicious users will befriend other players with the motive to eventually gain their trust to steal items.

Regardless of the reason someone might decide to give their info to someone, just remember that we warned about it, and if something comes up missing, it could have been prevented by following these simple guidelines. It is absolutely essential to keep account information to yourself!

GMs do not restore lost or dropped items. Stealing or scamming of any kind is a bannable offense at Ancient Aion. If planed to let someone borrow their items, before trading them screenshot of the conversation should be done. The screenshot must include details such as what item, and that the person receiving the item will return it when requested by the owner. If failed to include this information or to take a screenshot, and someone gets ripped off, there will be no GM intervention.
GMs also don't return lost items for lag. If lag caused to double click on a enchant weapon scroll and breaks super weapon or if someone dies and drops something and then the server crashes, it's gone.

Concerns or complaints against the staff must be done via (forum) PM. If someone feels they've been treated unfairly by another staff member then they need to take it up directly with an Administrator. Anyone making a public accusation of staff corruption without undeniable evidence will be given an immediate IP ban.
It should be noted that while we try to enforce the rules equally between players we can show leniency based on our discretion and this can hardly be considered corruption. 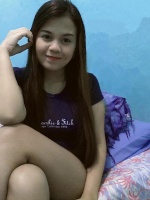